December 14, 2017 EdrieJean
"I first met Terry Holtsinger in the early 1990's. He was then and has remained the consummate professional. His first job for us was the renovation of a kitchen in our condo that had been damaged by a water leak. He guided us without pressure and at all times presented options for our consideration. The results were perfection. A few years later, he accepted the job of replacing kitchen countertops and cabinets in another condo we owned; and, in addition, he also advised on the design of a pantry and den additions. He also provided cabinets and counter tops for those areas.When I moved into my home in 2009, I turned to Terry for his help with minor renovations. In a short time, leaks were discovered, and he directed every aspect of months of repairs and renovations, including removing and replacing sheetrock, cabinets, and hardwood floors. In addition, he supervised the installation of tile both inside and outside in some areas. He planned and supervised making an office out of a mud room and replaced my wooden front doors with iron ones.His standards are the highest, and the results he produces are perfection. I would not undertake another project unless he agreed to do the work. "
August 7, 2014 Jennifer Lewis
"I had no idea where to begin with planning my kitchen, bathrooms and closets! I walked into Kitchen Kreators and I was amazed by the immediate feeling that I should not worry any longer. Terry and David made me feel as though I had nothing to worry about. All I had to do was explain what I wanted or imagined. Within weeks they had plans drawn and gave me the exact image of what I was thinking. It's great to have a company that can pick my brain to find an absolute perfect image! I recommend kitchen Kreators for any and all remodeling needs!!! Thank you for making my house a home!!!!"
December 5, 2013 Eileen M.
"My kitchen renovation experience was wonderful! Kitchen Kreators Ltd. remodeled my kitchen for me. I had absolutely no problems with them whatsoever. They have a showroom where I was able to select all of the materials that I wanted. I also purchased all new appliances with them, except for two that I kept. Originally I wanted a catalog kitchen, but after the designer came to my home, he created a new plan for my kitchen. Once we settled on a price, the price stayed right where it was supposed to be. I didn't pay a penny more than the quote in the end. The installers were wonderful. They were very professional. The project took about five and a half weeks. My kitchen was not accessible during this time as it was a complete renovation, but the installers made sure to clean up after themselves every single day. I am very happy with the way everything turned out. I would highly recommend Kitchen Kreators."
December 5, 2013 Stacey H.
"Our kitchen stands out. Kitchen Kreators Ltd. did our kitchen for us when we were building a brand new house. It was the best thing in our house. They did whatever we asked them to do. If it wasn't right, they fixed and changed it immediately. They even made a custom stainless steel panel for our hood above the stove."
December 4, 2013 Lori B.
"Terry was great. People love my new kitchen. I used Kitchen Kreators to have my kitchen partially remodeled (cabinets excluded). Terry had a real vision when it came to what would look good. I really had no clue! If you looked at the before and after pictures, you wouldn't even know this was the same house. Terry took a kitchen that was showing its age and turned it into something new."
5
December 17, 2018 Joyce Mattina
"We have been extremely pleased with the recent bathroom updates in our home. Jennifer came up with excellent ideas and was happy to try to d..."
November 25, 2018 Joyce Mattina
"We have been extremely pleased with the recent bathroom updates in our home. Jennifer came up with excellent ideas and was happy to try to ..."
October 17, 2018 Laurie Braun
"I recently had modifications made to my kitchen in a new construction house that I purchased. This is the second major job that Terry has he..."
August 23, 2018 ANDY
"KITCHEN CREATORS WAS A JOY TO WORK WITH. THEY HAVE A PROFESSIONAL STAFF THAT ALMOST SEEMED TO ANTICIPATE MY DESIGN STYLE BY ONLY ASKING ME A..."
August 20, 2018 andrew bomgardner
"KITCHEN KREATORS WAS A JOY TO DO BUSINESS WITH. THEY SEEMED TO ANTICIPATE MY STYLE JUST BY ASKING ME A FEW QUESTIONS. THE STAFF WAS VERY PRO..." 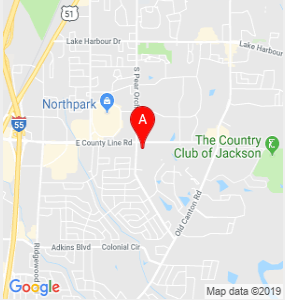 Get the Kitchen or Bathroom of Your Dreams

There’s no feeling better than the one you’ll get when you experience the kitchen or bathroom renovation of your dreams. Let us breathe new life into your home today!